Will Crowdfunding Drive a New Wave of Startup Investing?

Venture capital investing has traditionally been the domain of the wealthy, but that could change with the passage of new legislation that will allow entrepreneurs to raise money from a much broader swath of the public — and give ordinary investors the chance to own a piece of the next Google, Facebook, or Twitter.

Tucked inside the Jumpstart Our Business Startups (JOBS) Act that passed the House of Representatives with bipartisan support Friday are “crowdfunding” provisions that would relax federal restrictions that have been in place since the 1930’s effectively barring the non-wealthy from investing in startups.

Crowdfunding has been a hot topic recently with the dramatic success of online platforms like Kickstarter, which allows anyone to donate money to a variety of projects. Kickstarter expects to distribute over $150 million in 2012, surpassing the annual budget of the National Endowment for the Arts. But Kickstarter is about philanthropy, not investing, because donors don’t receive a stake in the projects they fund.

Currently, federal securities law limits how, and from whom, startups can raise money. First, startups are prohibited from raising funds using the internet or broadcast media. Second, the pool of possible investors is limited to so-called “accredited investors,” who must have annual income of $200,000 ($300,000 for couples), or have a net worth of at least $1 million (not including the value of their home). Needless to say, this rule excludes the vast majority of Americans from being able to participate in startup investing.

These rules were designed to protect investors from fraud, but in the age of the Internet, there is a general consensus — including at the SEC — that it’s time to update them. Under the JOBS Act, startups will now be able to solicit funds using online crowd funding platforms. Entrepreneurs will be able to raise up to $1 million from ordinary investors who can put in up to $10,000. Entrepreneurs can raise up $2 million if they provide investors with audited financial statements.

The legislation would also allow startups to raise as much as $50 million from the public (up from $5 million now) before they have to register with the Securities and Exchange Commission, and increase the number of shareholders from 500 to 1,000 before SEC registration is required. As VentureBeat notes, this could be a huge boon for private equity exchanges like SecondMarket and SharesPost, because companies will be able to wait longer before going public, increasing the amount the activity conducted on these exchanges.

Of course, increasing the pool of potential investors involves the potential for abuse, as Amy Cortese pointed out in recent op-ed for The New York Times, but she argues that the benefits outweigh the risks. 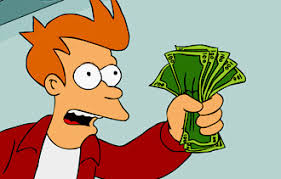 The S.E.C. must balance its dual mission of facilitating investment and protecting investors, and as we all know, snake-oil salesmen are alive and well on the Internet. Furthermore, Wall Street banks are likely to fight any efforts to encourage crowdfunding because it cuts them out of the equation. But the potential rewards outweigh the risks. With such sums, the hazard to any single investor is limited. And information is more freely available today than in the 1930s, when the regulations were written.

Crowdfunding is clearly an idea whose time has come, one that has only been made possible by the network effect of the Internet. The fact that so many lawmakers recognize this bodes well for an untold number of entrepreneurs who will gain access to a vast new pool of investors if President Obama signs this legislation into law. Regulators, not to mention potential investors, must remain vigilant against fraud, but if the new legislation makes it easier for entrepreneurs to raise capital — while allowing ordinary investors to take small ownership stakes in fledgling companies — the real winner will be the U.S. economy.

Sam Gustin is a reporter at TIME focused on business, technology, and public policy. A native of New York City, he graduated from Reed College and Columbia University's Graduate School of Journalism.

This is a repost of an article that appeared on the Time Magazine website on March 13, 2012
Posted by KSUP at 5:45 AM