The Benefits of a Diversified Polish Landscape: More Investments from China

On November 20, 2013 Inkubatora Technologicznego KPT held a event called Made (IT) in China.  That got me thinking...

Diversity initiatives can have important and interesting social justice benefits, but the real reason you want to pursue diversity programs is for innovation. You want diversity of thought. Here’s the key: If you want diversity of thought, you have to bring in people around you who have diverse experiences. Differences in race, gender, and socioeconomic background are three characteristics, but so are differences in learning style or differences in professional field. And I’m not suggesting that any one of those points of diversity is more potent than others.
David Thomas H. Naylor Fitzhugh Professor of Business Administration, Harvard Business School

At the moment, Poland is a relatively homogenious society.  This could be a limiting factor in its need to grow and innovate towards a more competitve economy.  In recent years more and more attention has been directed towards the Asian tigers.  India and China has become a dominating force on the world economic stage.  Although the rate of growth is slowing down quite a bit, China is still growing faster than its Western counterparts.  It is easy to see why so many countries have become very interested in getting their hands into the new honey pot. 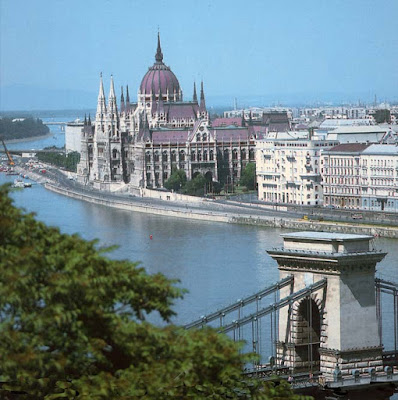 In 2011 Hungary was successful in the procurement of a $3.6 Billion investement agreement with the Red Dragon.  The origins of this deal can be traced back to a 1988 bilateral agreement easing visa regulations of Chinese citizens who want to enter Hungary.  This started a large amount of trade between the two countries.  It is obvious that Hungary has learned its lessons from about 700 years prior when the Golden Horde mercilessly took over the Hungarian territory in a matter of two months.  It is better to do business with those from the East rather than fight them.  I had been in Budapest during the time of Premier Wen’s visit.  The  Parlament Building and the Széchenyi Chain Bridge were festooned in Chinese Flags.

Poland has never been in the radars as far as the Chinese are concerned in terms of trade.  Poland as some Chinese residents have said are rather under developed.  Their visa policy are too restrictive and prohibiting.  The border guards often try to cause trouble for Chinese businessmen.  Although there are some the current efforts of the Polish government to get China to become interested in investing in Poland it might not be enough to make much of a difference.  The COVEC debacle only made it worse.  China has already found a „port” into the European market in Hungary.  The Polish market is simply not big enough to warrant a major effort.  It is enough to establish a small hub in Jaworzno as a distribution point and to make the deals with the local telecoms to get their Huawei equipments into Polish hands.

Another reasone to the lack of warmth between China and Poland is the general Polish attitude towards Chinese culture.  Being a ethinc Chinese here in Poland, I sometimes feel like a social pariah.  I can speak Polish and I do engage in some Polish cultural activities, and I do have some Polish friends.  I still cannot shake the feeling that Polish people seem to think they are better than the Chinese.  I have taught Chinese in many instances, and when I try to bring some Chinese cultural components into my lessons, I do not get any sense of enthusiasm.  Polish people are generally enthusiastic in learning languages.  However, this is generally where the interest seem to stop.  They don’t really try to get deeper into another’s culture.  The first thing that any good sales man tries to do is to make a human connection.  Then they can try use emotions to create desire and need for their products.  One of the ways is to express interest in another’s cuture.

I have been to enough Chinese Polish conferences to see that most of the topic has to do with due dilligence and intellectual property.  And most of the so-called experts try to give some magic pill tips in doing business with the Chinese.  Most of them still focus too much on the differences between Poland and China.  Wouldn’t it easier to focus on the similarities first.  Then, I believe the differences will work themselves out.  First of all doing business in China is plagued with a massive amount of beauracracy, well so is doing business here in Poland.  Poland can use its experience dealing with communist governments to deal with the Chinese government.   The Polish pierogi is quite similar to the Chinese jiao-tse.  In many of these conferences, the experts seems to adopt this „us vs. them” mindset.  And most of them are Polish.  Why not let the Chinese into the conversation?

Here is what the experts are missing.  The Chinese is a very tight-knit community.  Word travels fast.  Once you get a bad reputation, it is very hard to live it down.  Chinese people hold grudges.  There are a lot more of the Chinese then Poles.  Chinese people don’t open their purses so easily. (Think Jews and Scots)  China has access to a vast amount of wealth due to the fact that they don’t over spend and possibily currency manipulation.  Chinese IT talent is high in quality and cheaper than Poland.  China has more to offer than gadgets, cheap household wares, and cheap clothing.  China is filled with well qualified talented individuals. Currently,  there are some Chinese-Polish cooperative efforts which is a start.  And universities like AGH, Jagiellonian and University of Warsaw are trying to attract more Chinese students.  They are among the universities recognized by the Chinese educational authorities.  Perhaps through these activities, they can turn things around.
Posted by KSUP at 7:34 AM