Recently, there has been a lot of shouting and complaining by European startup communities and VCs about the lack of so-called European unicorns whereas Silicon Valley, and now China has been turning them out in quantities.  In order to understand the current European situation, one needs to step back and see the whole picture.


"I come from Europe. That is where the history is from" Eddie Izzard

For the last couple thousand years, Europe has been the location of many significant activities.  However, they fail to recognize that there were civilizations that thrived before it.  The Chinese, the Persians, the Egyptians, and the Native Americans.  Because people tend to be short sighted, especially with the emergence of get-it-now technology, and the 24 hour news cycle, Europeans and their American descendants see things only when they are relavant.

For the last couple of thousands of years, Europeans has been fighting over the small piece of real estate between the Mediterranean and the Arctic Ocean.  So every little piece of something becomes ever more important to them.  The age of colonialism just inflated the European even more.  However, in the 20th Century when all the colonies declared or gained their independence, Europe is left to fight over the same piece of territory, bound by borders.  However, in America, there is an idea of Manifest Destiny, meaning whatever unclaimed territory is ours.

And because Europeans have been fighting their neighbors for centuries, certain hostile ideas of people around them took hold of their psyches.  And religion only made it worse.  Because of this, people in Europe hold dear to their traditions and language as it is the only thing that distinguishes them from others.  Because of the period of English colonialism and its dynamic nature, the English language has become the lingua franca of the international community.  When a startup is founded in any of the English speaking countries, they automatically have global access.  Additionally, because of the global reach of American pop culture, America is already the global taste maker.  Companies who want to gain street cred go to either NYSE or NASDAQ to do their IPO, not the Warsaw stock exchange.  In China and Taiwan, they have access to over a billion customers in addition to South East Asia.  Furthermore, Chinese entrepreneurs are becoming millionaires.  As a result they are buying up properties in America and Europe.  It is this volume that puts startups like Alibaba and Xiaomi from China in the rear view mirror of Silicon Valley.

Recent history isn't much better.  The riots of Paris, Charlie Hebdo, Pegida, and the Polish Princes prove that there are lots of issues between white Europeans and their less white immigrants.  In America, we are made up of immigrants, so it is the national interest to integrate them and help them succeed.   Many of the unicorns like Google, Yahoo, and YouTube are founded by immigrants or descendants of immigrants. Yahoo and YouTube are partly founded by Taiwanese immigrants.

Currently, there are some issues in the European digital community.

1. Getting stuff done - European institutions tend to be too academic, relying too much on theory and case studies, rather than logic and what is practical.  As a result, they end up spending too much time in the lab rather than talking to customers.

2. There are more than one way to skin a cat - Because of the fighting over same piece of land history, the European system is too compartmental.  Everything has one one solution, and every solution can only solve one problem.  Transferable skills are often overlooked when HR departments and Staffing firms does recruitment. One of the beauties of the current hack-culture is that they really show that sometimes the unconventional beats out the conservatives. 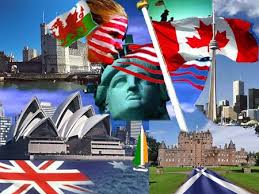 3. With over 28 languages, doing business can be quite difficult, especially when the two potential business partners don't have a sufficient level of each other's language. Therefore, it is important that English be made the common operating language.  Northern Europeans don't usually have problems, however the Club Med countries, the Balkans, and the CEE countries need to up their English game.  Plugging your native language content into Google Translate does not cut it.

4. In the last week, the EU accused Google of some unfair practices in ranking their results when people are shopping.  I believe that yes, firms like Google and Amazon has a big share of the e-commerce market.  However, rather than fighting them, a better approach would be to work with them and learn from them and try to create a more Euro-centric model.  Or you can try to build a better mouse trap. 5. There is a question of regulation.  The whole point of the digital single market is the removal of geographic barriers in the internet so e-commerce will not be restricted inside national borders. I am for Net-Neutrality.  I believe Brad Feld's idea of having the government build the infrastructures to help the entrepreneurs succeed, but get out of the way after that.  Regulations should be used to prevent damage to society, the environment, and systemic economic melt-down.  I do agree that private personal data should be protected. Ok, maybe just a dash of unfair market practices.

6. One of the biggest barriers to growth in Europe are the taxes.  This one of life's certainties should not be the main barrier to growth, it should be the lack of the team to execute.  Granted, one needs to pay for governmental services like the police and the fire brigade to keep their businesses safe.  Perhaps a grace period, or link it to revenue.

7. Another barrier to actually starting a business or staying in business is city hall.  When you have to go to city hall every time you want to start or enter a new market, you might feel, why bother?  I will just stay in my corporate job.  A single and uniform EU one time application process should take the headaches out and let the entrepreneur focus on actually building the business.

8.  The current startup structure isn't exactly conducive to personal growth of the team.  What usually happens is that a dude would be on some soapbox dropping knowledge, and the rest of the "students" would be like yes master. This vertical structure is great for the mentor's egos, but not so good for the teams.  There should be more of a startup-centric horizontal approach. Unless the idea is completely invalid, the more experienced person should be like, "what is your problem, where do you want to go and let's find a way to get there together."

9. One of the reasons that Silicon Valley VCs don't take European startups who has gotten EU funding seriously is the lack of accountability that the EU funds comes with.  Valley VCs feel that the EU funded startup either did it for the money or because it is in fashion.  Eu funding should come with at least some strings.  Another money waster is the way funds are distributed.   There are organizations which I like to call the EU Fund black holes.  These organizations will take a large amount of EU funds and under the guise of entrepreneurship and startups, give training, provide co-working space which startups have to pay for, and give some funds.  Most of the EU funds end up in administrative costs and not on helping the actual entrepreneur grow his/her business.

10. I saved the most important for last.  Education! There should be a education revolution. In the European education system today, too much attention is paid to learning and memorizing facts and figures.  Too much theory learning.  Everyone knows that most of your education goes out the door the moment you start working.  Students should be encouraged to go into STEM fields and the stigma of doing those geeky programming subjects should be removed.  More attention should be paid to problem solving, critical thinking, finding connections, and how to behave in polite society(soft skills).  More posts about education is on the way. 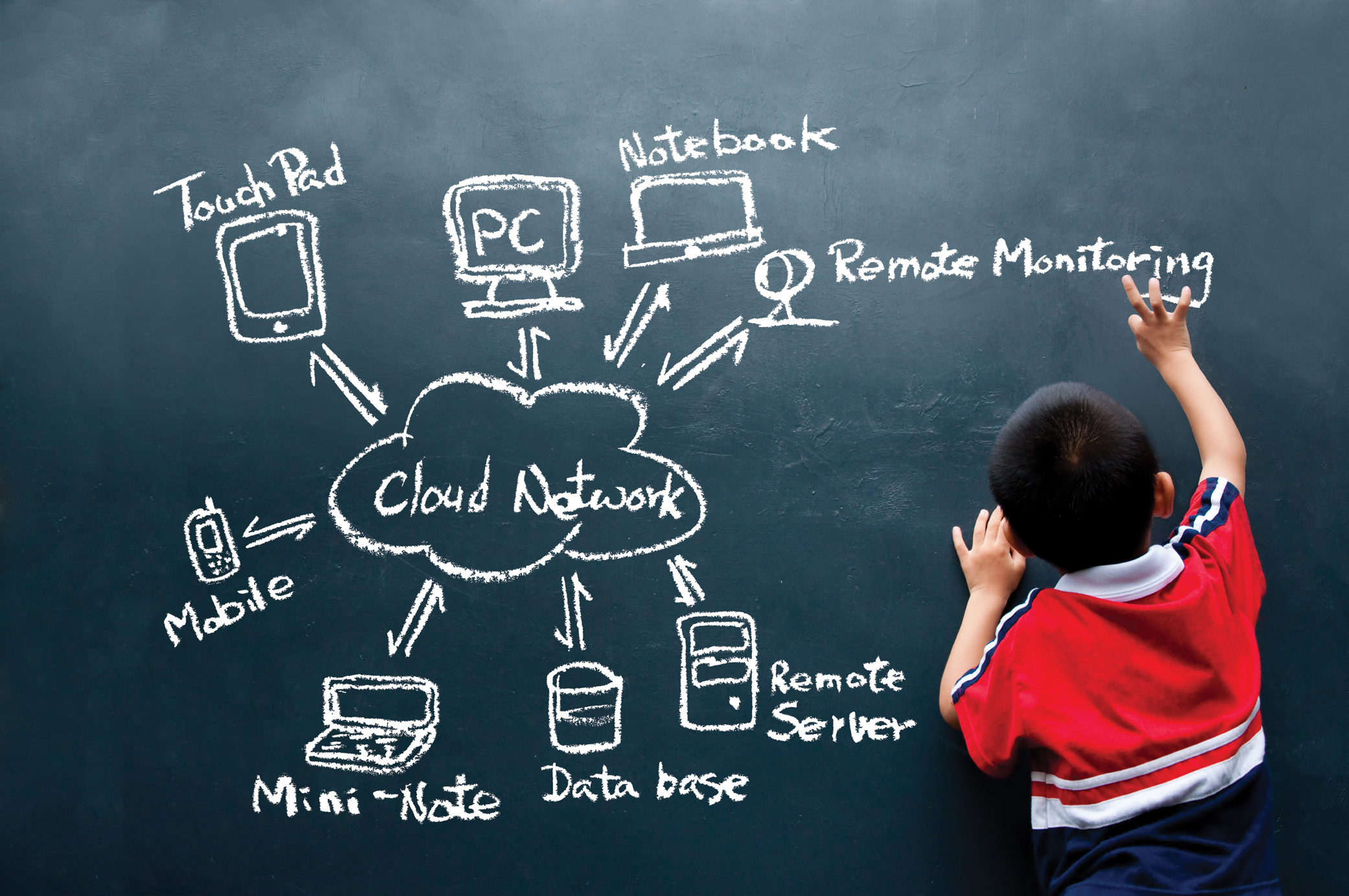 People complain all the time, but very few actually offer a solution. Please let me know what you think.

Thank you for reading another one of my posts written just for you!  If you liked what you read please share it by using one of the buttons up top and check out other posts in this blog.  I don’t want you to miss out on future posts so please follow me on Twitter @Eurodude23.  If you haven’t done it already, please like my fan page by clicking here!  See you next time!
Posted by KSUP at 4:56 AM