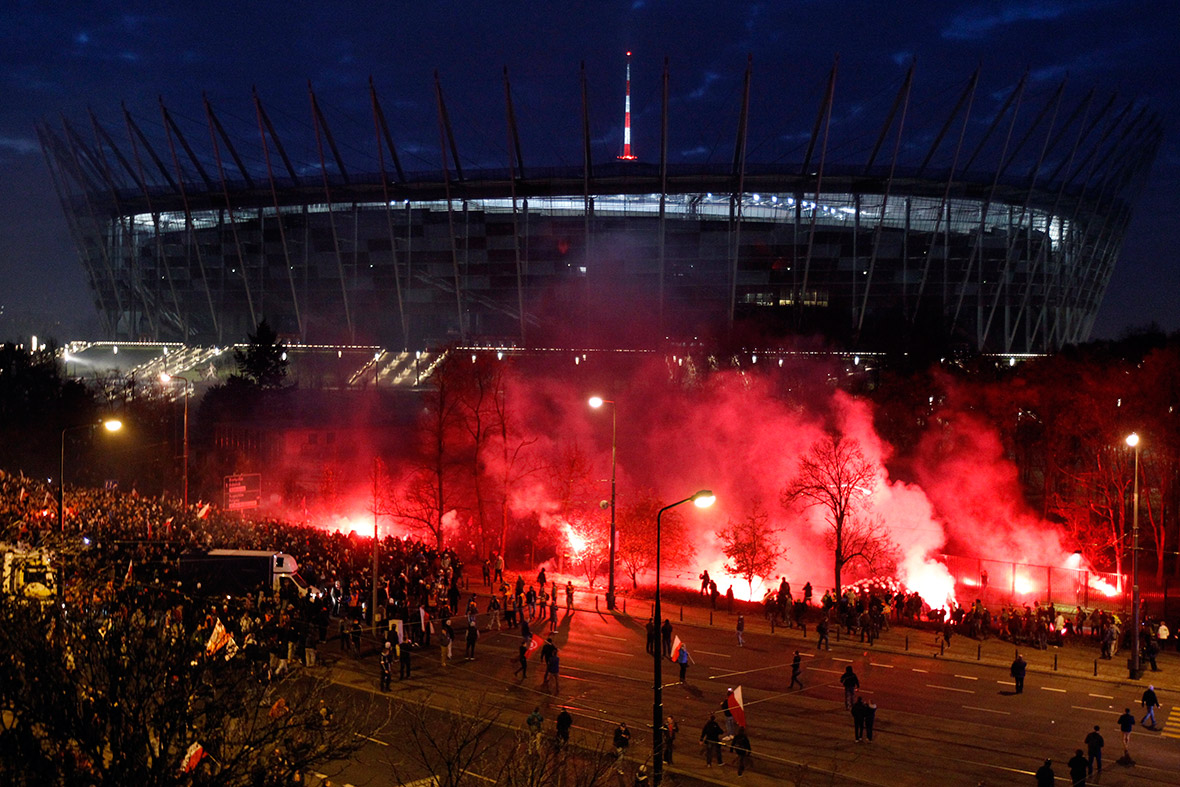 With all these external press about the progress of Polish startups, outsiders might be led to think that everything is looking up in Poland and we are living in one happy family. Inside Poland, it is quite the opposite.  Because I have a privileged position of educating Polish university students, I get a first hand look at where the country is going.  Once in a while, I will have a discussion about current events and politics with my students.  What I can notice is that these students are quite ambitious, and they are involved in some very impressive projects.  Many students are even employed or taking part in Erasmus programs.  The Euro 2020 project of giving European students many travelling and working opportunities outside of their home country are getting many Polish participants.  However, despite all the opportunities given to the students, they remain bearish on the future of Poland.

Last Sunday was the first round of the Polish Presidential Elections, and the results were quite disturbing.  The Polish youth voted very conservatively.  Among the 18-29 year olds votes: Kukiz 41,1% Duda 20,7%, and Korwin-Mikke 13,6%. Washington Post had a wonderful article that summed up each candidate.

Andrzej Duda of Law and Justice is a conservative who says his values are in line with those of the late Polish pope St. John Paul II, he has taken a strong position against in-vitro fertilization. Pawel Kukiz, describing himself as a “right-wing man with a left-wing heart,” he has positioned himself as the anti-establishment favorite. Janusz Korwin-Mikke, a far-right member of the European Parliament who has compared the EU to the Third Reich.

These results points to the disillusionment of the Polish youth towards the people running the show.  To the youth, the politicians are not worthy of trust.  They are taking social programs away from them.  They are selling off the country to foreign partners.  They are raising taxes.  In 2013, Poland pulled a destructive stunt worthy of Argentina. It is seizing half of the Polish people’s private retirement funds. All government bonds in these pension-plan portfolios are being forcibly transferred to the government. Since the bonds are no longer held by investors, the government is declaring that the national debt has been reduced by the face value of those securities.

Currently, the Polish youth unemployment is 20.5%. This is the lowest in the last five years where the highest rate was in January 2013 at 27.7%. Still the youth are still very bear-ish.  The youth don’t feel that the politicians are understanding their worries.  In a recent street-level exchange, a young man asked President Komorowski,”My sister have been working for 3 years after university, and is earning 2000 PLN ($564) per month, how will she be able to buy an apartment from that?” 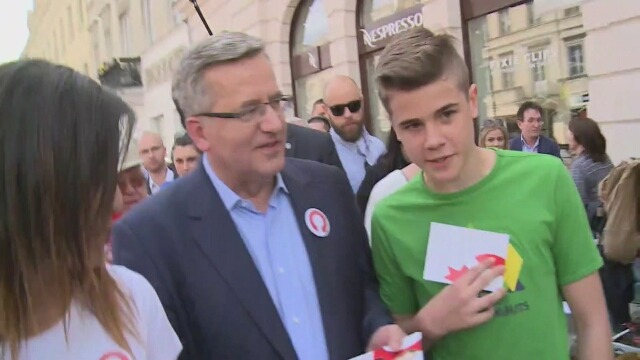 It is a very valid question reflecting on the conditions of the average post collegiate worker.  In what can only be considered a major gaffe, the President answered,”Get a second job or get a mortgage.” (Remember Joe, the plumber?)

The sister could be working a full time job already and at 2000 PLN a month, getting a loan from any of the major banks would be virtually impossible.  Therefore, this is a clear sign that the politician is very out of touch with the regular person.

So with this cultural trend recognized, what does it have to do with Polish startups?

In the 80’s, the Harvard of Canada, McGill University, did a study of a number of Canadian firms, they studied two models: The conservative model assumes that innovation is performed reluctantly, mainly in response to serious challenges. It therefore predicts that innovation will correlate positively with environmental, information processing, structural and decision making variables that represent, or help to recognize and cope with these challenges. In contrast, the entrepreneurial model supposes that innovation is always aggressively pursued and will be very high unless decision makers are warned to slow down. They found that correlational and curvilinear regression analyses revealed that each model was supported by conservative and entrepreneurial sub-samples, respectively, in a diverse sample of 52 Canadian firms. In his book, Alain Fayolle of EMLYON Business School, he stated that conservatism and prudence has a negative impact on entrepreneurial activity.  In a conservative environment, the leadership is done top down, people are risk-adverse, and thinking is highly controlled. In an entrepreneurial one it is generally horizontal, where risk-taking is encouraged, and free thinking is treasured.

Thus as the culture of Poland is trending toward one that is conservative, entrepreneurial thought will decrease as could the number of budding startups.  As a result those who are talented, entrepreneurial, and ambitious will go abroad to realize his or her potential.  I fear a major brain drain could be on its way.  This one could be worse than the one in the 90s.

So how to fix it?

There is a short term plan and a long term plan.  The short term plan, I will cover in a later post.  The long term plan can be implemented right away starting with the young ones.  Poland ranks 11 in global school testing because the kids are trained to be test takers from the time they are very young.  Their education is built on memorizing facts and figures.  In fact, the Polish language is built on memorizing. The exam system is breeding a generation of accountants. It rewards people who are accurate and careful rather than people who take risks.

Like any company who wants to be successful, a good educational culture should be instilled in children from day one.  There are countless articles about teaching entrepreneurship to kids.  I agree with this.  I do agree that there should be a solid base of some knowledge for IQ, however there are others that are just as important which is EQ, emotional quotient.  This is the part of education that is sorely lacking in Polish education, or society in general.  Putting yourself in other people’s shoes.  How are you going to sell well, if you can’t see things from your customer’s point of view?  It will also lead to a more caring society as well.

So what should be taught? In a Telegraph article about teaching entrepreneurship, the author says,“The kind of skills that entrepreneurs need to create successful businesses — resourcefulness, creativity, flexibility, determination, focus — are the very skills that young people will increasingly need to survive in a fast-changing workplace, where jobs for life are a thing of the past.”

She goes on to say,”In the race to excite our children about enterprise and entrepreneurship we also need to think hard about what values we are teaching them, and why. We need to be aware of the dangers of promoting the idea that making money is to be prized above all else. Instead the focus should be on finding better ways of doing things and on thinking in new ways to solve real problems.

Perhaps Oli Barrett puts it best. He is the creator of the Tenner schools competition, in which pupils are given £10 to start a business. They have a month to make as much profit as possible while also trying to make a difference and give back to society.

He says: “If you boil enterprise education down to just being about making money then you have missed the point. The point of the exercise is to unlock creativity and to challenge people to create something of value which has the ability to make a difference.”

In cities throughout the US, there are youth entrepreneurial programs where kids are taught to solve problems, either in society or on the market. In these extracurricular programs, kids are assigned mentors to guide them in entrepreneurial activities.  If they decide to start a business, there would be some small amount of funds invested in it.
Historically, high levels of income disparity have led to civil unrest, riots and even revolution. With the Occupy movement spreading, it’s no wonder President Obama calls income inequality “the defining issue of our time.”
I believe owner-entrepreneurship education can help solve the youth unemployment crisis, rescue our low-income communities by increasing home ownership and employment, and help close the wealth gap.
As a Washington Post article says,”Having that mind-set will help them regardless of whether they start their own company, become an employee of an existing company, or even in solving, say, social problems in their communities. No matter what career they choose, it’s important for young people to look at the world through the lens of an entrepreneur.”
Thank you for reading another one of my posts done just for you!  If you liked what you read please share it by using one of the buttons up top and check out other posts in this blog.  I don’t want you to miss out on future posts so please follow me on Twitter @Eurodude23.  If you haven’t done it already, please like my fan page by clicking here!  See you next time!
Posted by KSUP at 1:15 PM