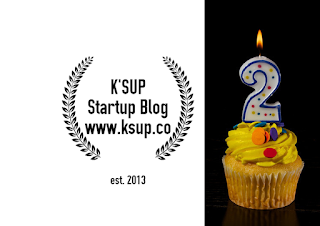 Two years ago, I posted a report about the Hive 53 swarm. However, it wasn’t the first time I had written a blog entry. I wrote something for Centrum Studiów Polska-Azja about the Sino-Japanese conflict. It’s funny how that situation has come back into consciousness as the Japanese government is in the process of authorizing their troops to take on military exercises outside Japan.  This has people in China thinking 1937 all over again.

Well after two years of blogging about the startup ecosystem in Poland and the CEE region, there are some things that I can report. Despite a population of 40 Million, the startup ecosystem in Poland is still like a small village. Everyone knows everyone else and gossip spreads quickly. Recently, the foundation Startup Poland has submitted a manifesto to the guys in Warsaw in the effort to get the government to pass legislation to streamline certain bureaucratic processes and make investing easier in Poland. Visas for foreign startups and educational programs were also included for future consideration. In many separate communities similar manifestos has also been submitted to the local governments.

From day one, I felt that governmental lobbying is essential for the success of the startup ecosystem. I approve of their efforts. And I would love to get in on the conversations, even if I am not Polish. In the EU, they are in the process of implementing different programs like the Horizon 2020, and Digital Single Market to make it easier for entrepreneurial activities easier in Europe. Despite their efforts and honorable intentions, I believe their roads will be a hard one.

Their main problem is money and popular support. A BPO such as KPMG, DHL, or Shell can come to a city and almost get the keys to the city right away because the city knows that this company will be able to employ a vast amount of jobs and investment to its population right away and help the mayors and governors look really good. The startup ecosystem can’t boast the jobs numbers nor the investment capabilities yet.

Lack of recognition from the locals

As far as popular support, they aren’t anywhere close yet. If you go to Milwaukee or Prague and ask the locals what is the city known for they will say beer. If you go to Detroit, 20 years ago, they will say cars. If you go to an average Krakowian, they will not say beacons, even though Estimote and Kontakt.io are based in Krakow. I don’t blame them for the lack of recognition. They have a business to build and limited funding. Some local journalists, from what I heard, are trying to scare the public with the tracking abilities of the beacons. Easy, unless the beacons are able to track GSM signals, simply turn off the WIFI and the Bluetooth on your devices. Problem solved! They have a golden opportunity for easy public outreach with the implementation of beacons in MOCAK a local contemporary art museum. Yet, the signage in the museum is minimal and no substantial publicity in Polish has been put out.

Krakow was recently named #7 in Travel + Leisure’s top 10 global cities to visit. As a result, I am anticipating a bump in tourist numbers. Wouldn’t it be great if we had beacons in all the major museums and certain public spaces to showcase a locally built technology? It would provide many opportunities to get user cases and get people to go back home talking about beacons in Krakow.

Poland is in a peculiar situation for people who want to operate a business. With a population of about 40 Million and another 10 to 20 Million Polish speakers distributed world-wide, it is quite enough to do everything locally and earn a good living. For founders of lifestyle startups, it is possible to do everything in Polish and earn a pretty comfortable living. But, you wouldn’t be a startup, you would be a SME. There is nothing wrong about that, but you just have a ceiling on your ability to grow.

However for the outliers who would like to embrace the startup definition and grow rapidly, you have to get rid of your Polish language right away. Sure you can speak it between the employees and local vendors, but you will need to do everything in English.  After all, English is the lingua franca of the startup and the business  world. This means, your landing page will have to be in English and all your social media and press communications will have to be in English. OK, you may have a Polish version of your landing page, but English must be the default setting.

Some of the English I’ve seen on the landing pages are horrible. It felt like they took their Polish content and just used Google Translate. If a customer or investor comes to your landing page and sees that, they are going to know something about your startup. Before you publish anything, you should employ a wonderfully communicative native speaker who understands technology and business, like me,  take a look at it. That said, I am however quite impressed by the English levels of many of the founders and VCs here. Ela Madej of Amicus, Piotr Wilam of Innovation Nest, Pawel Nowak of Contellio, and Jakub Krzych of Estimote all have done amazing well in their language training.

I think the Polish startup community is moving in a positive direction. In the last year, there has been a $1 million exit. Many startups have moved from their coworking space into their own offices. However, there are still a bit to go before they can think about the “U” word. They need smart investing, more diversity in terms of population and types of startups. Whatever happens, it’s time to stop shouting,’Hey, there are high tech startups in Poland too’ and start solving major global problems. Poland has produced people like Skłodowska-Curie, Copernicus, and Wojtyla. Who’s going to be next?

Thank you for reading another one of my posts done just for you!  If you liked what you read please share it by using one of the buttons up top and check out other posts in this blog.  I don’t want you to miss out on future posts so please follow me on Twitter @Eurodude23.  If you haven’t done it already, please like my Facebook fan page by clicking here!  See you next time!
Posted by KSUP at 8:43 AM