Elections Have Consequences and Why they Matter to Startups (updated) 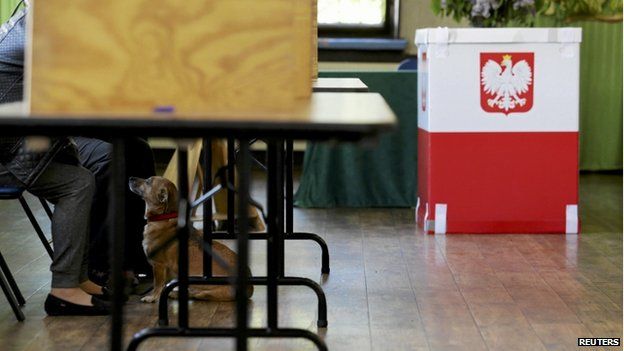 I would like you to imagine this scenario: it is Election Night 2012 and as voting outlets all over the United States begin to close and start to tally their voting results.  It appears that Nate Silver's predictions is way off but the Gallup Poll is spot on and Mitt Romney goes on to defeat Barack Obama 323 electoral votes to 215.  Can you imagine how different the United States would seem today?  What if the American public had handed the GOP a blank check to do whatever they wanted to do on that November day in 2012?  Below is just a partial list of what might be happening now:

Although I don't agree with everything my President does, but I do believe that the American public made the better choice.  In the 2012 election Obama won by winning votes from the young 60%, the underprivileged 60%, the people of colour 70%, the moderates 56%, and the urban voters 60%.  The result reflects the change in the very dynamic demographics of the United States.  It also shows the concern these voters have about the state of our Union.   That is why they would stand in line for hours to cast a vote for their future.

...they must live within a lie. They need not accept the lie. It is enough for them to have accepted their life with it and in it. For by this very fact, individuals confirm the system, fulfill the system, make the system, are the system.
Vaclav Havel

In Poland, at the moment, there is a serious lack of political engagement among the youth as well as the young working class.  The civic engagement of the country is among the lowest in the world. The reason being that there is a great deal of distrust between the people and the government.   It is a remnant of a post-communist mindset as well as the belief that the vote of an individual does not matter.

This month, a Parliamentary election will take place in Poland which will have many serious implications. It is still hard to tell who will win, the Eurosceptic and conservative PiS or the Euro-friendly and business friendly PO.  My views on the conservative trend is quite public.

The people who generally go out to vote are the senior citizens.   In 2012, people between the ages of 20-39 represent about 43% of the voting population, 40-54 year olds 25%, and 54+ = 36%.  Unfortunately, the data from a survey done in 2010 shows a great deal of apathy among the voting youth.  Only 10% of the people between the age of 18-35 showed any interest in voting whereas those 45+ had about 40%.  It seems that the people most engaged in the democratic process are the seniors, those people who are about to retire and the late middle-agers.   What these people love is the status quo.

Part of the reason is that because the older set are more politically engaged, most of the legislation are geared towards their preferences which means not much at all. As a result, you get a government who tries not to rock the boat and does nothing.  And another reason is that compared to the way things were before in the oppressive communist regime and the uncertain 90's, Poland is going through a relatively nice period of prosperity and Poland managed to avoid the recent recession.  As a result, the motivation to change is quite limited.

It is understood that the national pasttime of Poland is to complain about the state of the country and its infrastructure and government. However, if a citizen who does not fulfil the civic duty to vote, then that citizen should not have the right to gripe about anything.  Things are getting better.  There are more new trams on the streets, and new shiny commercial and residential buildings are popping up everywhere.  Startup ecosystems are blooming in different cities.  That said, with the amount of resources and talent available, Poland is still underperforming. The rail system needs more work, and more superhighways need to be paved.

However, with the EU fund well running dry and cheaper skilled labor starting to appear in places like Romania, the Ukraine, and Bulgaria, international BPO firms might be looking to relocate.  That is why it is imperative that the domestic startups be allowed to succeed.   Only with a good domestically created economy, can this level of prosperity be sustainable.

At the moment, the government and its bureaucracy makes it difficult to invest and start a business as mentioned in an article in the Economist. Recently, the Startup Poland foundation have made a push for legislation that will encourage research and development and lower the tax burden for startups who wishes to grow, and investors who wishes to invest in Polish startups. This will drive innovation. It is an encouraging sign that the current Polish government is starting a conversation with the startup ecosystem. I hope it will continue.  With the right type of government your lobbying for change can be easier.

Furthermore, with the right government in place, startups can really have endless possibilities.  For example, by making much of the governmental data public, entrepreneurs can look at the data and create services, software, applications, and physical products that will help the community cut costs at the same time creating companies and jobs.  Also with the democratization of data, it will save the entrepreneurs a lot on the cost of research.

As an advocate of the Krakow Startup Community, I would like to see this community thrive.  But as a foreigner, I cannot take part in the Polish democratic process.  To my native Polish colleagues who are able to participate, all I have to say is,"Get politically active. If you don't like your government is it your civil duty to change it and create an atmosphere where everyone will benefit.  Get out there and vote place a vote for your destiny and prosperity.”

Thank you for reading another one of my posts done for you!  If you liked what you read please share it by using one of the buttons below and check out other posts in this blog.  I don’t want you to miss out on future posts so please follow me on Twitter @Eurodude23.  If you haven’t done it already, please like my Facebook fan page by clicking here!  And if you like the content you have read, and are looking for a content writer for your team please go to www.contentfarm.org for details. See you next time!
Posted by KSUP at 2:50 AM