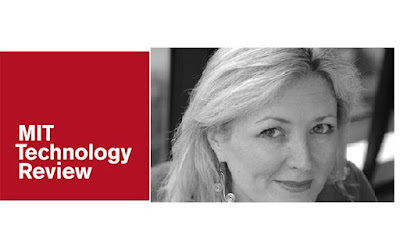 Over the last 116 years, MIT Technology Review, is the go-to place for in-depth reporting on the latest in technology and what is to come. Their articles are insightful, comprehensive, and authoritative.  Their mission is to equip their audience with the intelligence to understand a world shaped by technology.  Part of their work is to point out some of the most innovative people in the world.  This year they brought their Innovators Under 35 program to Poland for the first time.  As the grand finale of the Bitspiration Festival in Warsaw in a ceremony, they awarded ten young Poles with Innovators Under 35 distinctions. They have also awarded two of those with Social Innovation Special Mention and the prestigious Innovator of the Year. I had a chance to talk to Kathleen Kennedy, the President of the MIT Technology Review.


Kathleen Kennedy began her career at Deloitte and Touche in accounting. But having found her calling in media, she left finance to join a startup that specialized in media research for the film industry. Kathleen worked on a wide range of movies for major studios, including Warner Bros., Paramount, and 20th Century Fox. In her 14 years at MIT, Kathleen has helped MIT Technology Review redefine the magazine brand and achieve success in a rapidly changing market.  She has helped to create a new type of media organization that was based at MIT but remained an independent entity from MIT. She has since helped to build this new type of media organization and that means that they diversified away from being a single title magazine into a robust media organization that has a number of different channels.


MIT Technology Review has been seen as an authoritative source of information on technology. How did your publication get to that point?


We do this with serious journalism, written in clear, simple language, by a knowledgeable editorial staff, governed by a policy of accuracy and independence.
We use features, news analysis, business reports, photo essays, reviews, and interactive digital experiences that invite our readers to probe deeper, examine data, get to know experts and their opinions—to see, explore, and understand new technologies and their impact. Technology was quite a different thing at the founding of the magazine in 1899. Has anything changed now in 2015?


Our mission has been pretty much fundamentally the same over the last 116 years: to help leaders and technologists and policymakers to understand what is the impact of new technologies.  And today we see the most interesting new technologies such as artificial intelligence, robotics, biomedicine, smart devices, Internet of Things, and in new energy sources as a vast amount of technologies that are fundamentally changing our world. They are allowing people to harness new technologies to help our world become more sustainable and to solve our most pressing problems.

MIT Technology Review is not more than just the magazine, can you tell us what are some of their other endeavours?


We have host competitions like the Innovators Under 35 competition that is now in twenty two regions around the world.  Our MIT Enterprise forum organization is a community and support organization for technology entrepreneurs. In that, we have twenty five chapters around the world.  In addition we still have our flagship magazine and we are expanding our events globally where with the MIT Enterprise forum we have over four hundred community events around the world. Our signature MIT Technology Review flagship event called M. Tech which in 2016 will be in ten markets.


In a world with so many technology related media outlets, how has MIT Technology Review manage to get above all the noise?


As our mission statement is all about the impact of new technologies. Therefore, editorially, what we try to do is not only explain the new technologies but talk about why they matter.  And that is that is our unique value proposition. It's not just ‘OMG’ technologies and “aren't they cool” but in fact how new technologies are being harnessed by people to fundamentally solve problems.  So we look all around the world at data from all kinds of different sources. That data is being harnessed to understand what are the patterns and how those patterns can help people to identify and solve problems.  Just tonight we saw and heard from Stefan one of the Innovators under 35 from Belgium to talk about his new company that is harnessing telecom data for aid workers so that they can work better and work smarter and actually see patterns and stop hunger in Africa.  So that's just one example of of a fantastic story that shows how innovators are harnessing new technologies to address a major issue.

Many people would like to say that we live in a world of crisis. Climate change was a major call of the Pope of all people. Here in Europe we have some financial crisis with Greece. However, in Chinese, the characters for ‘crisis’ also translates to opportunity. So which opportunities do you see in the next decades?


MIT Technology Review is leading a new initiative from MIT called Solve. It is organized around four major pillars.

One is called Learn: We're looking at their how technology is fundamentally changing education and how we need to change education to allow anyone in the world who wants to learn to be educated.  New technology is a major solution for that. We've seen cases rise up all around the world. There are systems in place that will allow a young kid in India who has a real aptitude for math to learn from some of the best mathematical minds in the world in Cambridge Massachusetts.  And we've had some fantastic results.  This pillar is empowering people all around the world to be able to take charge of their own education and have the tools that they need to be able to truly learn.


The second pillar is Cure: We are looking at how new innovations are making health care more effective and efficient for people all around the world.  Professionals are looking at new types of diagnostics.  For instance, in some microfluidic technology that is allowing health care workers in regions all around the world that didn't have proper medical care before to have very cheap disposable diagnostics. This allows them to take a drop of blood or a drop of saliva and drop it onto a piece of paper that has microfluidics on it.  This allows diagnosis to happen rapidly in the field.  That's just one example.


The next pillar is called Fuel: What fuel is looking at is really the health of the planet. We are thinking about how we need to harness new technologies to help with climate change issues and really fix the health of the planet.  So there we’re looking at renewable energy and new types of solar technology.  One area that we're very interested in this thinking about how do we create better battery power.  If you think about it, batteries are often a limitation on new technologies.  If you think about your cell phone or think about your home being able to store power is one of our big barriers.  So there are fantastic technologists working on new types of batteries. That's one thing that was discovered at MIT but there's people all around the world working on these new technologies that are going to help us create more sustainable energy.


And lastly the fourth pillar is called Make: Make is really about automation entrepreneurship and the workforce for the 21st century and beyond.  How are we training neural networks or what will be comprised of that workforce. There's a lot of controversy around this. There's a bit of fear around this topic but there's an amazing amount of progress that making around creating a more efficient work force to power our world.  That will be a much more effective and efficient and allow people to realize their true potential.

During our pre-interview conversation, you expressed your astonishment on how much Poland has progressed. Can you elaborate on that?


This is my first time in Poland so I will admit that I'm not an expert on the Polish ecosystem. However, in the short time I have been here, I have met some amazing people.  I am very impressed with the level of technical expertise and the enthusiastic outlook of young innovators.  I think that there is a real desire to improve the ecosystem here and build it up.  Earlier today, I met with two young gentlemen that are helping us to establish our MIT Enterprise forum chapter for the Polish market.  They are going to be launching an accelerator program partnering with a number of incubators.  And we're very impressed with our first class of the MIT Technology Innovators under 35: Poland.  They span from Michal Mikulski who is creating robotics that allow rehab to happen much faster.  To Olga Malinkiewicz who is making printable solar cell that will allow people to use solar power and their everyday life. So I was very impressed with the wide range of the innovators here and I believe that Poland is going in a good direction.

Wow, this has been very educational and inspirational. We, in Poland, are certainly looking forward to working with MIT Technology Review to solve global problems.


It’s been a pleasure. I’m sure we’ll do some amazing work.

Thank you for reading another post just for you!  If you liked what you read please share it by using one of the buttons below and check out other posts in this blog.  I don’t want you to miss out on future posts so please follow me on Twitter @Eurodude23.  If you haven’t done it already, please like my Facebook fan page by clicking here!  And if you like the content you have read, and are looking for a content writer for your team please go to www.contentfarm.org for details. See you next time!
Posted by KSUP at 2:53 AM